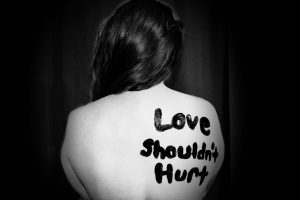 Violence is a type of behavior in a social or personal relationship that is intended to harm or offend another person.

There are many types and levels of violence.

Sometimes it is so invisible that it is difficult to detect, sometimes only the effects of psychological violence help to notice it.

A person may be under pressure for a long time and person not even realize what is happening. This is psychological violence.

Although a person does not suffer from actual injuries, it also affects their health.

What is psychological violence?

Psychological violence is a type of verbal (non-physical) violence that consists of humiliation, insults, isolation, or intimidation. A person does not have any physical damage, such as bumps, scratches, or bruises. It is sometimes difficult to prove because the word of the victim is opposed to the word of the abuser.

The essence of such violent actions is to subdue the will of another person and destroy his self-esteem through constant pressure. It manifests itself as a cry or humiliation directed against the dignity of the victim.

Psychological violence usually leads to sleep problems. Excessive pressure and verbal abuse cause anxiety, stress, and insomnia. When a person is constantly humiliated, it can increase the risk of developing nervous disorders and heart problems.

Victims of psychological violence very often suffer from eating disorders. In addition to the direct impact of stress on the digestive system, it is also worth mentioning the role of self-esteem. When a person stops believing in himself and feels as if he is worthless, it leads to many symptoms, such as:

Eating disorders are diseases in which a person has a distorted view of their appearance and figure. Certain factors can cause such disorders as feelings of loneliness, frustration, restrained anger, or stress.

Blood pressure is another consequence of the effects of physical violence on the body. A person lives in a state of constant tension and readiness to defend himself, and blood pressure rises. The brain sends signals to the body, warning it of a possible threat, and the body begins to pump blood more intensely.

If you are constantly under pressure, over time it will lead to the development of hypertension. This is a protective reaction of the body, which is usually manifested in people who are subjected to psychological violence.

Due to psychological violence, the victim develops a depressed state and deep emotional feelings. It has many symptoms that lead to illness or psychological disorders:

With such violence, it is not surprising that the victim feels devastated even without physical pressure. The fact is that the aggressor is usually a partner or close relative of the victim.

To avoid becoming a victim and not feeling the effects of psychological violence, keep in mind these tips:

Being courteous to one another and saying please, I love you, or thank you are simple things that mean a lot in a relationship.

As a woman, if you wish for some solo or party time with friends, it would be a great idea to consult Florida Thunder. They are known to organize great events and have some amazing performers for clients across Tampa, FL.