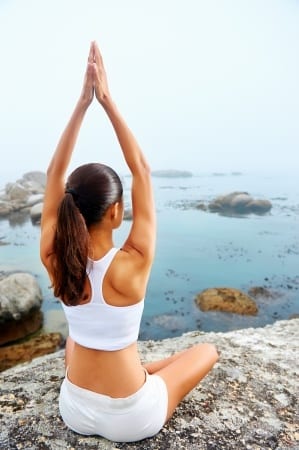 Yoga that was originally practiced by yogis and hermits in India thousands of years back has gripped the attention of healthcare experts and health-conscious individuals worldwide. The health benefits of yoga that were already known to the Indian sages and ascetics are slowly being rediscovered by the modern-day practitioners of this ancient Hindu spiritual discipline. Alleviation of the symptoms primarily associated with asthma as well as enhancement in standard of living to a moderate extent is one significant health benefit that can be realized through consistent yoga practice. Healthcare specialists have gone on record by speaking in favor of practicing yoga in order to deal with a range of grave disorders and several lifestyle diseases including asthma.

However, scientific trials and/or studies carried out so far have neither been able to pinpoint the exact benefits resulting from yoga nor been able to correlate the same to any significant improvement in a specific disease or disorder. Yoga, for the record, comprises a set of complex asanas or yogic positions, meditation, and breathing exercises. Dr. Jin-Ling Tang attached with Prince of Wales Hospital affiliated to the Chinese University oversaw and glossed over findings established from 15 clinical investigations in which over 1,000 asthma patients participated in yoga programs. The objective was to find out whether consistent performing of yogic workouts resulted in noteworthy benefits.

One-third of the patients were directed to practice breathing exercises exclusively while the rest were told to perform the full set of workouts associated with yoga comprising meditation, postures, and breathing. The practice period ranged between two weeks (the minimum) to 4 and half years which was the maximum timeframe. However, for the majority of trials the period was about half a year. At the end of the period, patients reported a slight improvement in the symptoms linked to asthma coupled with an enhanced life quality. This in turn, reduced the dependence on medications. However, what was worth noting was that the amelioration was somewhat moderate. Additionally, no consistent positive impact of yoga on the functioning of lungs could be established.

Nevertheless, the routine practice of yogic exercises did not cause any deleterious effects and the study had only limited scope as far as determination of undesired side effects was concerned. Further researches or investigations were required to establish undesirable effects of yoga on the health (if there were any). The researchers and scientists were increasingly of the opinion that more in-depth studies would have to be carried out that’d call the involvement of a greater number of participants so as to underpin the influence of yoga on asthma.

Dr. Holger Cramer of University of Duisburg in Essen (Germany) who had carried out a similar study in 2014 felt that there was no harm in asthmatic patients trying out yoga postures or practicing meditation. As individuals suffering from asthma experienced difficulty in breathing, performing breathing techniques combined with yogic asanas or positions can help the patients get some relief from the symptoms. Dr Cramer also agreed that additional detailed research was required for proving the efficacy of yoga in enabling patients to experience respite from asthmatic symptoms.

Advantages and Disadvantages of the Human Papillomavirus Vaccine

Pharmaceuticals, OTC Drugs, and how they affect YOU