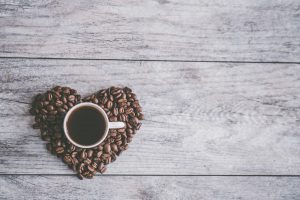 Recently, liver disease is becoming more common. That’s why we want to announce one good news: 1-2 cups of coffee a day can help protect you from liver cancer.

Coffee is your ally against the diagnosis of liver cancer

We must not forget that until recently, experts did not recommend drinking coffee at all, because they believed that it causes more harm to the body than good.

Recent studies have shown the obvious beneficial effects of coffee on some diseases:

Coffee acts as an anti-inflammatory for the liver

A study appeared in Medical News Today. The problem was studied by experts from the International Cancer Research Foundation in London. According to scientists, the most unexpected and interesting feature of coffee is its ability to act as an anti-inflammatory agent.

The power of antioxidants contained in coffee

One of the characteristic features of coffee is its high content of long-acting antioxidants.

An interesting article about the benefits of coffee appeared in the journal Hepatology. It is about the ability of coffee to fight the accumulation of fluid in the connective tissue, which can lead to liver fibrosis.

Scientists have already concluded that regular coffee consumption has a positive effect even on patients with chronic liver disease.

Two cups of coffee every day will protect your heart

There have always been fierce debates about the effects of coffee on the heart.

It will be a great help in the fight against Parkinson’s and Alzheimer’s disease.

According to a study published in the journal Nature of Neurology, the first cup of coffee drunk in the morning helps to improve short-term memory. This means that coffee will help you remember such simple things.