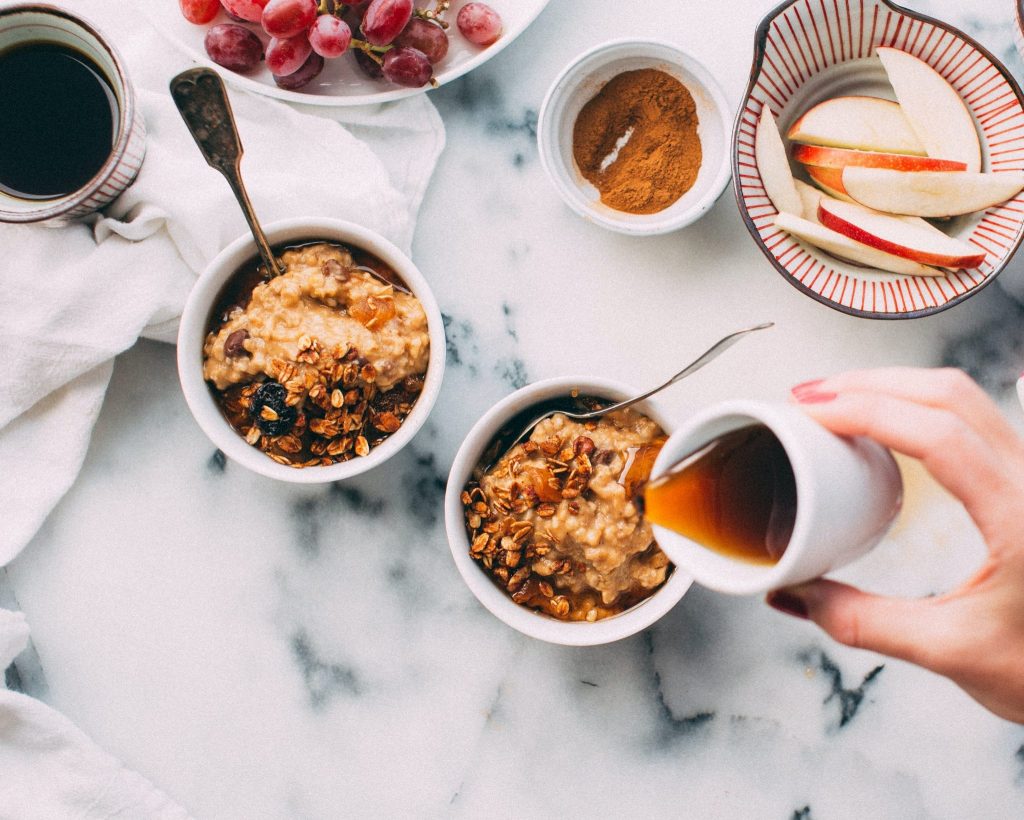 Metabolism is a whole group of complex chemical processes, the main task of which is the transformation of nutrients from food into energy for the proper functioning of internal organs and systems.

Note that metabolism also can regulate blood sugar levels. That is why it plays a key role in weight control. Also, in maintaining the proper functioning of the heart and other organs of the cardiovascular system.

The rate of metabolism in each person is different. It can be influenced by factors such as age, gender, daily habits, and health status.

The most effective method of accelerating metabolism is an active lifestyle. Remember that if the metabolism is slow, the risk of gaining extra pounds and developing certain disorders of the internal organs and systems increases significantly.

Unfortunately, not everyone still knows that certain habits can negatively affect the rate of metabolism. In this case, even with a lot of effort, people can not lose weight or improve their well-being.

That is why it is very important to study what morning mistakes can lead to. This way you will be able to avoid any complications in the future.

Morning mistakes that slow down your metabolism

Of course, the habit of waking up early has countless benefits, in particular, it allows a person to have more time for breakfast or morning workouts. However, at the same time, getting up in the morning can be one of the biggest mistakes when it comes to slowing down metabolism.

If you get up very early, you reduce the duration of night rest. Over time, this lifestyle can lead to metabolic problems and weight gain.

Less than 7 hours of sleep a day leads not only to increased appetite, but also to the intense release of stress hormones, and this can eventually provoke the accumulation of fat.

To avoid such problems, we recommend that you adjust the regime and sleep every night for 7-8 hours in a row, getting rid of all external stimuli.

It is necessary to drink a lot of clean water in the morning because it will help to activate metabolism from the beginning of the day.

Even during sleep, the human body performs many different functions. When a person wakes up, his body is dehydrated after a night’s rest. That is why it is very important to take care of getting enough clean water into the body every morning.

Note that every day should start with drinking water or other healthy drinks.

If you want to replenish nutrients in the body, we recommend drinking warm water in the morning with the addition of natural lemon juice.

3. Harmful breakfast or its complete absence

Remember that breakfast is one of the most important meals when it comes to maintaining a proper metabolic rate.

Although many people completely exclude breakfast from their diet to reduce the number of calories consumed per day, scientists do not stop arguing that this should not be done. Nutritionists and doctors have repeatedly argued that breakfast is one of the most important sources of energy for the body.

When it comes to the typical morning mistakes that slow down the metabolism, it is impossible not to mention late breakfast. Believe it or not, even the time of breakfast has a significant impact on the rate of metabolism.

To prevent excessive production of appetite hormones, we recommend eating a healthy breakfast no later than one hour after waking up.

If you procrastinate with eating in the morning, it can reduce the body’s ability to burn calories and convert sugar and fat into a source of energy.

5. Abuse of beverages high in caffeine

It’s hard to deny the fact that coffee is the most popular beverage for breakfast. After all, this drink helps to get rid of drowsiness in the morning and feel the influx of energy immediately after waking up.

However, despite these benefits, we do not recommend abusing beverages high in caffeine, as they can adversely affect the rate of metabolism.

Note that not only coffee but also other similar drinks with a high content of caffeine are harmful to the body.

You should also not drink coffee with added sugar, syrups, or cream.