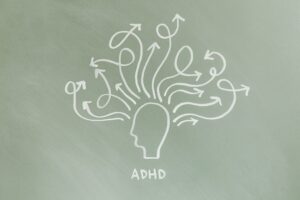 Children suffering from ADHD are described as merely acting or just being bad. But for adults, the symptoms of the disorder are represented somewhat differently. In our discussion today, we will focus on the signs of ADHD and its effects on people’s daily lives.

Adults, suffering from ADHD, find it difficult to focus on projects because they cannot concentrate for a longer period. They seem to be disturbed or distracted by such events or things that others, normally, do find disturbing. The sufferers are attracted to other activities as they try to focus on one and this makes it difficult for them to complete a particular piece of work.

The sufferers seem to be bored quite easily

However, they are not hyperactive or disruptive. But, they often zone out while being in a conversation or they simply cannot focus while they are listening to the speaker. This kind of behavior seems rudeness apparently and this can often harm work or personal relationships.

Because they cannot focus, they often find it difficult to follow instructions and perform their jobs perfectly. The disorder can cause many sufferers to look for medicines.

The adults suffering from ADHD are forgetful and they are quite unable to become organized and everything is chaotic at all times.

However hard they try to keep organized, they simply cannot. There is a lack of development of skills like note-taking, prioritization, and understanding the way for organizing the information as well as the living area.

These behaviors in the sufferer are often read as having a messed up car, home, or office, along with a tendency of being late and losing things, and also as an underestimation of the time that needs to be put into the list of the things to be done.

The sufferers of ADHD often tend to hyper-focusing or have a tendency to be entirely consumed by the things that delight them.

This procedure of singular focusing may be explained as a way to calm the brain from the mesh of disorganized thoughts. But this behavior is particular to things that aren’t as important, which may cause procrastination.

Another sign of the disorder is impulsivity. The sufferers often find it difficult to inhibit behaviors and therefore act negatively. This often leads to being interpreted as rude. These sufferers can often interrupt the speaker or even insult the person.