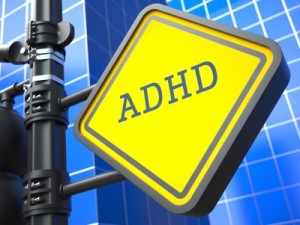 The organisation skill and the ability to concentrate mind on a subject have already been discussed in context of those who suffer from the condition. While these are the detectable effects and can be studied. However, the emotional affect of ADHD and it physical manifestation demand spread of awareness too. This final part of the series is intended to discuss these aspects of the disorder.

Sometimes emotions of a person exhibit ADHD. Studies and surveys have revealed that people who suffer from ADHD often have trouble or fail to manage their emotions appropriately and constructively. Frustration attacks them quickly and more easily in comparison to others and relentless stress becomes part of their lives. They are usually unable to deal with frustration and stress and so they are likely to react. Excessively short temper can be considered as a symptom. Frequent mood swings and irritability may be common among adults suffering from ADHD. In addition to that, adults suffers of ADHD may be plagued by lack of self-confidence, lack of self-esteem, hypersensitivity, etc.

Adults who suffer from ADHD may be hyperactive too, or, in other words, extremely restless. The state of restlessness is such that they do not even sit still. They get bored easily and often and desire to change their physical or mental occupation frequently. They are talkative and consider themselves multi-tasking but never complete their work. They might take excessive risk. Some adults might have these symptoms as much as children do while others may be able to internalise them and become relatively subtle as result. However, all of them are equally disruptive.