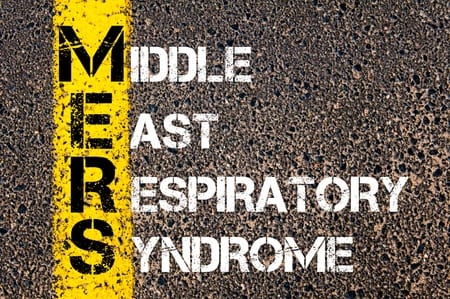 MERS is a fatal respiratory virus which was initially recognized in 2012 at Middle East. Out of latest registered over 140 cases, as much as 25 deaths have taken place till June 2014 in South Korea. Thailand and China are also on the list although the numbers of cases are low comparatively. Doctors are being urged by CDC to consider this MERS virus while treating diagnosed patients of United States who’ve been to Middle East or South Korea. However, public health specialists suggest that the infection may not catch up so easily without any intimate contact.

The Middle East respiratory syndrome refers to a disease caused by coronavirus. At times, it is also referred as MERS-CoV in abbreviation. It is really close to SARS which infected over 8,000 people globally in 2003. As much as 774 people were dead but the respiratory syndrome hardly appears to spread with same speed. Coronavirus are quite common on international level and up to five categories can damage the health of normal people. Animals are also infected and it can cause acute illness and up to death on some cases.

The commonest symptoms include cough, breathlessness and fever. Unfortunately, over 1200 cases are already confirmed on a global scale resulting in 450 deaths. As per some reports, 25 countries have cases since the year 2012, when it was initially discovered in Saudi Arabia. Two persons in US came to know about their condition in 2014. They’ve have been to places where infections are spread but recovered later. The real cure is work on progress but doctors may still provide treatments.

Experts and specialists have to discover more about this virus. However, the government health officials say that the syndrome spreads when people come in close proximity.  In some cases, diagnosed patients have also spread this dangerous virus among health officials and individuals in public settings. Some of the experts from medicine school suggest that virus is not transmitted easily and needs close contact to spread.

The public health specialist believe animal as the source of this virus. It has been discovered in camels of Saudi Arabia, Egypt and Qatar. Bats of Saudi Arab are also known to be the carriers of the dangerous virus. However, there is no solid evidence to confirm whether bats and camels are real sources or not. Presently, there is no vaccine for this illness and the virus is more deadly for those with immune system problems.

According to CDC, people should not delay or change plans out of fear or panic. It is more important for them to take care of their health by washing hands regularly and avoiding contact with infected people. Adults need to look after their kids and use alcohol related hand sanitizes in the absence of water and soap.

People travelling to countries where the virus had spread should immediately monitor their health conditions. They can also contact a doctor in case any of the symptoms appear. Wearing a facial mask can be a good way of preventing the spread and infection.