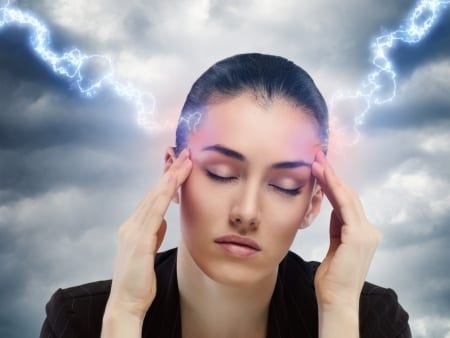 When most people hear the word migraine, they equate it to an adult between their late 20’s or mid 40’s, working their 9-5, imagining all of their various stress factors, and that killer headache that just won’t go away, and at times, seemingly debilitating.

Many people are unaware of, or give litter recognition to however, migraines researched and observed in adolescents. In fact, migraines are especially prevalent in children ages 5-12, especially boys. From this point, it becomes more common in girls, right around puberty, as their estrogen recognizably sky-rockets beyond its previous levels.

According to scientists and research recently conducted on behalf of Cincinnati Children’s Hospital Medical Center, Dr. Andrew D. Hershey stated that there can be various causes or triggers for migraines seen in adolescents—as far as being related to a child having colic.

Children are often exposed to extraordinary levels of stress and anxiety in today’s modern school environment—from bullying to pressures of getting good grades. If we equate this with those adolescents (substantially at 30% or higher on average) that are pre-dispositioned to mental illnesses or already diagnosed with one such as ADHD, we can appreciate that such circumstances can be catastrophic if left untreated in a child.

In reality, outside of the education system, it’s very much so the (expected) parents responsibility to be vigilant as to any complaints in which they find valid in which their children report not only a headache, but also common symptoms such as non-gastric as well as gastric related abdominal pains, illnesses, and difficulties.

Sadly, in many “modern” countries, the education system in hand with the government have a very archaic look on such instances as that of a child claiming to have or complaining of ‘migraines’.

A child that indeed is suffering from migraines will possibly display any of the following symptoms at any given time:

Frustratingly enough, a common symptom of migraines in children is one which is known as cyclic vomiting—which often will require short-term hospitalization.

As many practitioners don’t wish or feel comfortable ‘pumping a child’ with various medications, painkillers, or even Ibuprofen on a daily basis, natural remedies are often sought.

To-date, scientists, researchers, and practitioners alike have found some of the following natural approaches or strategies to be effective in treating or preventing adolescent migraines:

In addition to the aforementioned facts and prospective both medicinal (painkillers or anti-anxiety medications) and holistic approaches, it’s also highly recommended children, in some instances, to seek therapy regularly to better manage or cope with their daily stressors through more effective techniques or measures as to prevent future severe headache or migraines.