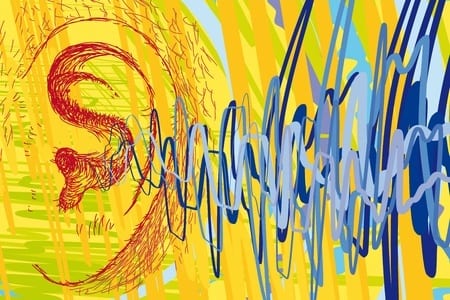 Continuing Science and research has most recently shown that unfortunately in Mammals, it is unlikely for cell-restoration to restore hearing loss to be possible—according to scientists at Washington University School of Medicine in St. Louis. However, through experimentation and observation of mice, the cell growth and restoration process that is found in other animals, such as amphibians, shows that regenerative cells can take place, or be ordered to restore sensory hair cells of the inner-ear, or cochlea, which is where and is the neurochemical nucleus in which sounds are transmitted from outside, to our ears, and then to our brains. The current scientific assumption is that through the advanced features of human and mammal hearing, that we suffer the downfall of not having the benefits of self-restoring hearing qualities in comparison to many other types of animals.

What we know now

Scientist’s recently revealed that two signaling molecules which contribute to, as well as order the development of restorative cells and development in hearing through mice are essential in such development and are located in and around the cochlea. These are known as FGF9 and FGF20. These chemical cells contribute to what’s called a ‘progenitor’ cell or cellular membrane that is both responsible for, as well as capable of regenerating hearing or restoring loss due to damage, injury, or improper and incomplete growth—on its own!

There are three primary causes of hearing loss; age, damage, and genetics (or illnesses). Due to these factors, it’s very desirable for mankind to find new ways to restore or repair damaged hearing—such as why we’ve implemented and are able to provide individuals needing it what’s called a ‘hearing-aid’. Hearing aids essentially amplify the sounds around an individual and does the job of what the sensory hair cells would have otherwise done should they have still been present or undamaged or adequately developed and maintained—that is, communicate sounds and signals from outside, through the ear (cochlea), to the brain.

Hearing growth and the future

David M. Ornitz, MD, PhD, the Alumni Endowed Professor of Developmental Biology aims to determine how and why fish and birds automatically have progenitor cells that ‘kick in’ when hearing loss begins to occur or is damaged, and why mammals naturally do not. Taking into account the chemical elemental significance of FGF9 and FGF20 cells, Dr. Ornitz and fellow researchers want to find ‘the middleman’ or literally, the middle-chemical trigger or signal in which is instructing the surrounding cells of the cochlea to restore the lost hearing sensory hairs, as well as any other damage or deterioration of the membranes within the mechanics of our inner-ears. Scientists believe that if they can somehow chemically mimic the command that is sent to the inner-ear to regenerate or restore damaged tissue in and around the cochlea, as well as sensory hairs, that we could literally reverse hearing loss as we know it!

This type of science is very difficult, understandably, and requires the molecular experimentation and discovery of organizational cell-growth and manipulation—similarly to how we have begun intentionally mutating or altering cells within a human-being to attempt to reverse the damage of ‘retarded cells’ which often leads to the development of Cancer.

Given adequate time, anything might be possible through Science!