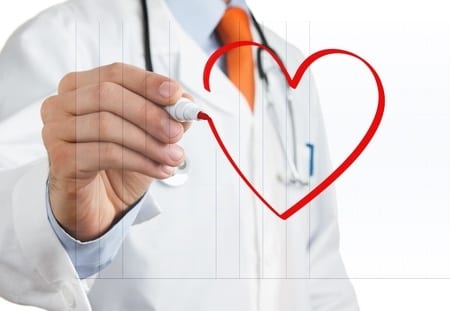 According to the American Heart Association, as well as continued studies and research, heart attack, heart disease, and stroke all continue to be some of the most prevalent killers in the United States annually.

From causes such as cigarette smoking, to drinking, all the way to the more commonly known variables or causes of heart disease, attacks, and coronary health failure such as diet and nutrition; this each play strong roles in determining your likelihood of a heart attack or disease risks.

In fact, many people unbeknownst to them, continuously jeopardize their health with unhealthy sleeping habits (which can include both too much or too little 7:12+), poor cardio exercise or commitment, unruly amounts of unnatural sugars and salts which spike the glucose, and can even send your heart into overdrive!

While many people would hate to admit it, addictions to foods and drinks such as coffee, all the way to candy, potato chips, and soda; each have a strong potential to throw your bodies health into a whirlwind. Even worse, when it begins to add fat around the waistline.

Many people rely on a ‘BMI Calculator’ to identify whether or not they are at, under, or over a healthy weight per their height. However, recent research and science shows that this is not necessarily a ‘solve all’ formula or accurate indicator of such. In fact, even if you’re underweight and have added fat around your waist, the likelihood of both a heart attack and heart disease can increase quite substantially.

What else can I Do?

We’ve learned it and heard it time and time again, hopefully since the days of elementary school, health and nutritional class—and of course from our dieticians as well as dentists. Those who do not take brushing their teeth seriously 3 to 4 times per day or after every meal run a substantial risk for heart disease as nasty, unhealthy and unnatural build-up of bacteria in the mouth can accumulate and in turn infect and throw the chemical bacterium balances of the intestines, body, to heart-off to the point of no return!

Those that are serious about better managing their diet, health, and nutrition should seek to consider researching and further understanding the dynamic of good cholesterol vs. bad cholesterol—that’s right, everything you saw or read on the Cheerios commercial doesn’t tell the whole story!

That is, as “good” cholesterol is generated and moves about your body, known as HDL cholesterol, there is also “bad”, or LDL cholesterol and triglycerides which are unnatural, unhealthy, and negatively impact your heart’s overall health.

Finally, consider adding B12 and other folic acids, nutrients, and necessary minerals to your overall daily to weekly diet to improve your overall health, and decrease the risk of heart attack and disease as much as possible!

Would you believe that certain, yet many natural spices such as Cinnamon being included in a meal on a weekly basis can positively impact the heart and its performance, as well as its ability to reduce the likelihood of a heart attack? Go figure! Now to figure out how to manage both such a diet and heart-burn! (Pun intended)