The HCG diet is nothing new, although it may seem like it because of the fact it is mentioned more now than ever before.

hCG, or human chorionic gonadotropin, is a pregnancy hormone and it was realized in the 1950s that hCG weightloss was a solution to being overweight. It was Dr. Albert T.W. Simeons who made this discovery and he published the research, Pounds and Inches, which described how effective hCG was as a weight loss supplement when combined with a healthy diet.

The diet did not gain much momentum at the time. By the 1960s, most people had forgotten about it. It then found its way back into the mainstream in 2007 when a book by an infomercial marketer mentioned the effectiveness of hCG weightloss. Now there is a lot of information and hype surrounding hCG as a weight loss solution.

However, the FDA has not approved hCG as a method to manage weight. It was used to treat infertility in women, but the FTC has placed strict regulations on advertising it. Doctors are not allowed to advertise hCG for weight loss, although it is available for off-label use. 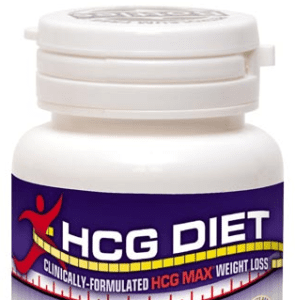 This has brought about a great controversy when it comes to hCG weightloss. The controversy exists because of the extreme calorie restriction that the diet requires and the adverse side effects that hCG can have. The hype, along with the desire for a “quick fix” for being overweight, have caused the controversy to be muted and for hCG to be used as a tool toward being able to successfully manage a healthy weight.

Simeons stated that hCG for weight loss basically resets the hypothalamus and changes how the body burns fat. In his research, he specified that the body contains three types of fat: reserve fat that is used by the body for nutrition, structural fat that fills in gaps around bones and organs, and abnormal fat that should only used for nutritional reserves. It is this abnormal fat that is in excess and is typically trapped, so it is what needs to be burned.

Simeons further said in his research that HCG weightloss is successful because the hormone unlocks the body’s ability to burn the trapped fat. However, dieters are restricted to a diet that is around 500 calories because the hCG keeps them from feeling the hunger pangs that it would feel otherwise. The diet is to not last more than 40 days.