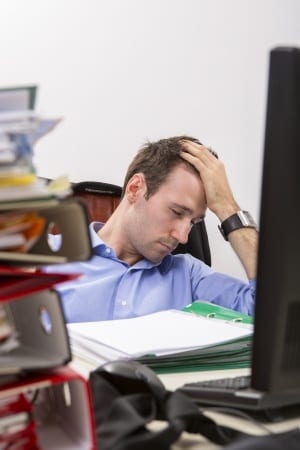 A shocking but an eye opening revelation is what a study revealed recently about strokes being related to job stress. It indicated that the people with demanding jobs and having little control were highly vulnerable. The research included over 140,000 individuals from different countries who were tracked for over 17 years. The study found that the ones having high stress jobs had over 22% greater risk for having a stroke as compared to the ones having a low stress job. The percentage increased substantially among women which stood at 33%.

There are several mechanisms which probably were involved in regards to high stress jobs and risks associated with stroke. Primarily, the study reveals that there are high chances of unhealthy behaviors which are a result of high stress jobs. It includes bad eating habits, limited exercise, or regular smoking. Hence, it has become more than important for the high stressed professions to address their lifestyle issues. This report had been published on 14th October in Journal Neurology.

Huan and his team are based in 6 different countries. 3 of them are in Sweden, 1 is in USA, and one each in Finland and Japan. The entire team had grouped the different kinds of jobs into 4 different categories. It was based on the amount of control workers had on their jobs as well as the level of difficulty for each. It also included the parameter to evaluate psychological demands which each job came with. The 4 Job categories are:

Among the factors it included the following parameters:

However, it did not include physical labor or the total No. of hours which each of them worked for. People under the category of passive jobs include miners, janitors or other labourers. As a part of low stress jobs, it included the architects and the scientists.  Coming under the category of high-stress jobs where the people having high demand but low control. These included waiters, nurses, and other occupations from the service industry. Lastly the people falling under the active jobs had the likes of teachers, engineers, or the doctors. Theses had high demand & high control.

The findings were as follows:

Individuals classified under high stress jobs were 58% more likely of having a stress which was caused from the blood clot within the brain as compared to the low stress ones. Among the passive and the active jobs, there didn’t seem to be any increase in risks for strokes. Adding further, researchers mentioned that more than 4% of the overall stroke risks had been a result of high stress jobs. The figure among women was much higher and stood at 6.5%

However, on the flip side there are some limitations which researchers had noted within the study. It included job stress being measured only one time in original study. The second was the risk factors that were associated with strokes like high BP or cholesterol which were not counted.