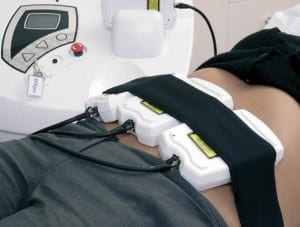 Whatever is the type of liposuction that you are opting, they aim at a common goal. And this goal consists in reducing the cellulite appearing in the body. Cellulite make people look ugly and cause them to possess low self esteem. The parts of body where you can find cellulite deposition are arms, thighs, belly, and buttocks. Deposition of cellulite can cause a person to wish to be covered always, even when it is warm.

Traditional lipo may be described as an invasive method. The laser lipo is, however, an alternative method which is minimally invasive. The latter method offers impressive results. The method is different from that of the traditional lipo.

In the standard methods of liposuction, the treatment consists in making an incision close to the area around cellulite. A tube known as canulla is inserted and moved about in the area between the muscle tissue and the sin layer so as to suck the fat out of the area. The method removes fat in great quantities than in the laser lipo method. However, the time for recovery is significant. This indicates that the traditional or the standard method would ensure that you would not be able to work for a longer period while also experiencing pain for longer. This is where you need to question yourself that whether to get rid of cellulite is really worth going through the pain and trouble.

The method of laser liposuction is entirely different. This does not actually remove the fat. Thermal laser, highly powered is sent through the concerned areas. The laser goes skin deep and heats the fat below the skin. The fat is emulsified in the heat. The liquified fat thus obtained reabsorbs in the body and is then eliminated. In case of the method of laser liposuction, it offers the advantage of stimulating the production of elastin and stimulating collagen. This in turn causes to have smoother surface which gives the appearance of a younger looking skin.

When there is still time for healing, which is around ten days, amazing results are offered by the liposuction method. You can notice sufficient reduction in cellulite and fat of the body. Much similar results are shown by laser lipo, which, however, will take longer to be visible. The complete benefit of this treatment can be obtained in one or two months.

Some people prefer the great amount of time needed by laser lipo instead of the traditional method which is more invasive.

Author Bio: This article is written by Tony Rollan on behalf of  TLC Aesthetics led by Dr. Charles Talakkottur who has been practicing in the Tampa Bay area for about 6 years working as an internist.  Igor likes has worked for several years as a marketing consultant for many local companies in Tampa FL and he also likes to blog on various topics.