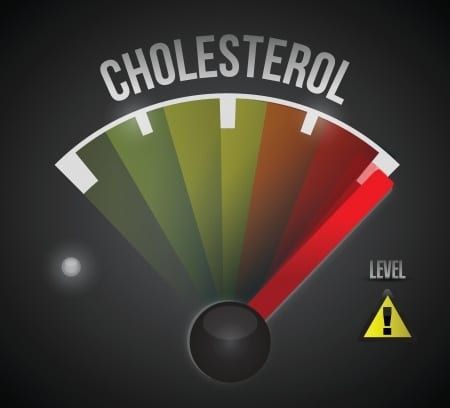 Since 1961, the American Heart Association has declared that Cholesterol in excess, but in general through fatty meats and milk should be avoided or kept under reasonable portions.  Dietary Cholesterol can be found in many foods, not just unhealthy ones, for example think: Eggs. The ‘yolk’ in them is high in Cholesterol content, and advised against consumption in excess. Naturally, the health-media and the general public have been misguided over the years in the sense that they responded in a critical manner, so severe in fact that for some 30% during this original release (1961) Egg-consumption dropped substantially and negatively impacted the farmers and their corresponding industry.

A professor of Medicine and Statistics at Stanford, John P.A. Ioannidis, commented that like most test groups and Scientific concepts in today’s world, not to exclude medicine, but specifically nutrition—that we are deprived of the truths and accuracy on more occasions than not. That is, because for every argument, scientifically founded and enforced by reputable professionals or experts, there is a (professionally founded) contradicting argument as well. This case does not change the dynamics in the existence of the political environment such as within the foundations of Health Organizations, Scientific studies, or institutions of Higher Education.  In 1994 for example, it became mandatory for food-manufacturers to include or make readily available information regarding cholesterol content levels in milligrams. With the continued criticism, came political downfall of reputation of this chemical component in everyday foods. Additionally, the continued argument that only in excess or unreasonable conditions then should cholesterol in fact inflict recognizably dangerous levels of ill-effects, exacerbate, or induce medical conditions on the heart (think: heart disease), artery troubles, and/or our circulatory system.

In the United States, it is medically advisable for Americans (age, gender, diet, fitness not noted or visibly taken into consideration), to consume 300 or less milligrams daily of Cholesterol. On average, Men consume 340 or more milligrams of Cholesterol. Without stronger Scientific Data for this case, we can assume that ‘300’ milligrams’ daily is the standard for all human beings, according to scientific theories to-date. Without knowing what one’s diet is, age, medical conditions otherwise, or ‘regular’ dietary habits, for many professionals and scientists alike, it seems impractical to create or apply such a blanket number, requirement, or restriction on this form of regular consumption. Like all great discoveries and inventions of Science, as does Society, it’s definition of what’s ‘healthy or not’ will understandably always continue to change.

Currently, the National Institutes of Health spends approximately $1.5 Billion dollars per year on nutrition research, that could be considered directly related, if not at least intertwined in the research and purpose behind understanding the health-risks of Cholesterol. While it is scientifically proven that Diabetics are especially prone to added health-risk from Cholesterol consumption, the scientifically proven negative health-risks associated with Cholesterol consumption are concerning as well. Professor Lawrence Rudel, from the Wake Forest University School of Medicine, stands behind the implication of dangerous elements within Cholesterol and their both short-term (blood-pressure risks), as well as long-term risks through human-consumption of everyday food products.

Consider further examining and researching Cholesterol in your diet, and how it could affect you!